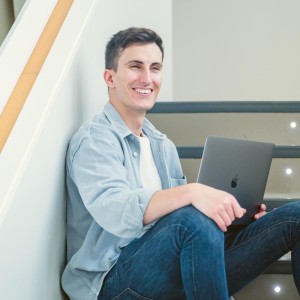 My honest opinion about ThePowerMBA

With more than half of the master’s degree completed, I would like to tell you about my experience at ThePowerMBA. However, first I will discuss a couple of concepts that are necessary to understand what this training is all about.

I finished ThePowerMBA and here I tell you absolutely everything.

What is an MBA?

An MBA refers to a Master of Business Administration, are postgraduate programs specialized in management and business administration. In addition to training, MBAs are also very important for trainers.

The professors are usually successful entrepreneurs and this, together with their one to one attention, means that they are expensive and within the reach of very few.

ThePowerMBA is a business program focused on business administration and management. The most important differences from a traditional MBA are price and its online modality. Its business model allows for the democratization of quality education.

ThePowerMBA has made a huge leap forward and the best professionals are participating in the classes. We are talking about Eric Ries, author of The Lean Startup, Marc Randolph Co-Founder of Netflix, Chries Barton, Co-Founder Shazam and many other professionals from companies such as Tesla, Cirque du Soleil, Airbnb, Waze…

No other training has brought together so many business heavyweights, and even less in 15 minute intensive lessons to be seen anytime, anywhere.

Why is it so trendy?

Until now, doing an MBA meant a very important economic and time effort. Many people, including myself, were not willing to invest on an MBA for those reasons.

However, doing an MBA brings knowledge, contacts, and is a plus that is taken into account when looking for a job.

ThePowerMBA has innovated in value by managing to create a new market, by reducing its costs which increases the benefits to its students.

What are the advantages of doing an MBA?

Having an MBA increases your chances of getting hired. After all, an MBA brings you knowledge that would otherwise take a long time to acquire. In turn, that knowledge gives you more credibility and therefore you will have more confidence in your abilities. Sounds good, doesn’t it?

Another reason, which I find very interesting, is that someone doing an MBA feels an innate need to learn. I mean, the degree and its corresponding postgraduate degree do not make a difference. However, an MBA is not a mandatory study, those who invest on it, are willing to get to the next level in their professional development.

HR managers know this and for that reason, having an MBA plays in the candidate’s favor.

Although from my point of view, you shouldn’t think too much about whether you will have more options when looking for a job, but rather, can an MBA be that push I need to improve my professional career? In my opinion, yes.

How much does The Power MBA cost?

In 2021 the price of ThePowerMBA is $999, and the million dollar question is, can I try ThePowerMBA for free before I buy it? The answer is yes!

How long is The Power MBA?

In my case I watched the classes from Monday to Friday. Logically, there were days that due to obligations, meetings, holidays, etc. I didn’t see the class that day. Although it’s also true that on other days I compensated by watching 2 or 3 classes on the same day. So, more or less, I was compensating one day for another.

The truth is that if you watch one class every day you will finish the MBA in about 7 months. Although The Power MBA gives a margin of a year or more to finish the training.

What happens when that time frame expires? You will no longer have access to the content, although for a token fee you will be able to access it again. Why do they do this? Although it may not seem like it at first, they do it for your own good.

When you first access TPMBA and you see that deadline, you commit to meeting it. If you could access it at any time, it is very possible that you would not finish it.

Not because it’s not good, not at all, but because we are human and we leave and put things off. At The Power MBA they know that and that’s why they set a deadline.

Why do I recommend ThePowerMBA and not another one?

After my degree, the public postgraduate course and the master’s degree in digital marketing at the HUB; I considered my training to be more than sufficient. However, I heard about ThePowerMBA from different people that I consider to be references, people with no relation between them.

At first I dismissed it, but the idea remained in my head for several months. Let’s face it, doing an MBA whenever you want sounds good, updated content and in classes of 15 to 20 minutes from Monday to Friday and at a contained price.

In the end I decided to go for it, and it helped that I had to pay in installments. It coincided with the launch of my personal project. Although I didn’t know it at the time, I was being Lean and using the right amount of “financial leverage” 😉

As soon as I signed up I joined the different groups of WhatsApp and LinkedIn. It coincided with an entrepreneurship event, which was not related to the MBA but mobilized a few colleagues. There I had the opportunity to meet several of them.

It is at this point that you realize the strength of the community. There are people who share your same concerns and from whom you can learn. Many of them have already made that trip and have returned and give you valuable advice. You even do some business, and it’s not forced, it just comes up, because you’re in the right place and with the right people.

What if you make a mistake in your choice? Making one formation or another is one of those important decisions in our life. It’s not like buying a T-shirt, it’s very close to buying a car and you know I’m not exaggerating.

Let me be clear, if I were in your place I would do the ThePowerMBA master’s degree that best suits me. Some people see a problem with the TPMBA training not granting an official degree, for me that’s not a problem. Are you going to apply? If not, it doesn’t make any difference whether you do a public or private master’s degree. It’s just a role, what you should care about is what you are going to learn, and there TPMBA is unrivalled.

The weak point of TPMBA, which they have solved very well, was the “loneliness” while doing the master’s degree. That “loneliness” is resolved with the After works, meetings where we Powers meet and talk about our own and other people’s projects with the sole purpose of growing and together. Also sometimes we do business 🤫

Reasons why I decided on ThePowerMBA

I give you a series of reasons that for me have been fundamental at the time of choosing ThePowerMBA.

A face-to-face MBA requires a lot of time. It’s not just the hours of classes, it’s also the time it takes to get there and back, and so on.

It’s common for MBAs to be scheduled on Friday afternoons and Saturday mornings, so you’re bound to get burned out. That schedule cuts down on your weekend, and takes you away from making plans.

I have done and continue to do different courses to complement my training and one of the things I have had the hardest time with are the endless classes. Many times it seems that quantity is given priority over quality. In that sense I like how ThePowerMBA proposes it with classes of 15-20 minutes daily, to the point.

One of the disadvantages of online classes is the lack of contact between people. In an online community it is more complicated to create links and meet new people.

The people at ThePowerMBA know this and they solved it by creating events where they can make themselves known. The so-called Power After Works, are a very good opportunity for networking.

There are usually events of this type every month and there are events all over Spain, but also in other countries, and ThePowerMBA is expanding very quickly all over the world.

In my case I collaborated with the AfterWork in A Coruña, Spain and I couldn’t be happier. We had a very nice group that will be joined by more and more people every year. Don’t worry if you think you won’t fit in. I’m rather shy and I was very comfortable from the start. When you have the same interests and concerns, everything runs smoothly.

At the beginning it’s one of the least valued characteristics, but as time goes by it becomes a fundamental pillar of the program.

Due to Covid19 the AfterWorks are online, although the offline ones will be back very soon 😷

👦 I have been recommended

In addition to the above, I probably would not have done this MBA if someone I trust and consider a reference had not recommended it to me. It was the little push I needed, and thank God he did.

Is The Power MBA Global for you?

However, if you want to start a business, want to improve your work or simply want to update your skills, it is very likely that you will find it useful.

And if you’re thinking of setting up a startup, do not hesitate, it will avoid more than one problem. Besides putting you in touch with people to learn from.

If for whatever reason you still do not have it completely clear and you want to ask any questions send me a message and I will answer as soon as possible. I hope that my opinion will be useful to you.

Do you have a discount coupon?

I used to share a coupon with you to save a few dollars, which is never too much, but because of its use it doesn’t work anymore.

For some time The Power MBA has decided to eliminate coupons, understanding that the price is already adjusted to the maximum. After completing the programs, I can say that the price quality is very good.

Now that you know everything about ThePowerMBA you can try some classes for free or register directly.

If you have any questions about ThePowerMBA, you can email me in the comments and I will answer you as soon as possible. I hope this post has been useful for you.

This website uses cookies to improve your experience while you navigate through the website. Out of these cookies, the cookies that are categorized as necessary are stored on your browser as they are essential for the working of basic functionalities of the website. We also use third-party cookies that help us analyze and understand how you use this website. These cookies will be stored in your browser only with your consent. You also have the option to opt-out of these cookies. But opting out of some of these cookies may have an effect on your browsing experience.
Necessary Always Enabled
Necessary cookies are absolutely essential for the website to function properly. This category only includes cookies that ensures basic functionalities and security features of the website. These cookies do not store any personal information.
Non-necessary
Any cookies that may not be particularly necessary for the website to function and is used specifically to collect user personal data via analytics, ads, other embedded contents are termed as non-necessary cookies. It is mandatory to procure user consent prior to running these cookies on your website.
SAVE & ACCEPT